WHY ARE SO MANY DIGITAL PUBLISHERS TURNING TO PRINT?

In yet another sign that the print naysayers are wrong, a growing number of publishers and websites that had previously only put out content in a digital format are now turning to print. Examples include:

• Reddit – The popular social news site published a book that is a 400-page compendium of some of their favorite “Ask Me Anything subreddits”. While the book is available in digital form, the $35 hardcover versions have been surprisingly popular.1

• YEG Fitness – Thanks to reader demand, this 3-year-old digital publication is launching a print version in 2016.3

• The Pitchfork Review – Launched in 2014, the site’s print magazine is a 200-plus page quarterly publication dedicated to long-form music writing, photography, design and comics.4

• Porter – This glossy publication launched in 2014 by online luxury retailer Net-A-Porter has been billed as the first “global, truly shoppable fashion magazine.”5

• Catster & Dogster – These new print magazines from popular online communities for cat and dog lovers were launched in 2015.6

Why are so many digital publishers turning to print? Because print is effective, and it provides a very different experience than digital. A printed magazine’s physicality requires that it must be handled in some way when it arrives. And many magazines are not just handled once – they’re kept and shared, often residing for months in a place of prominence in the home or office.
Many readers are ask 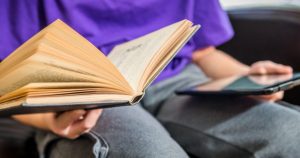 ing for print, many advertisers will only purchase ads in print, and now many publishers are obliging them.

Contact us for an estimate on an upcoming project

This website stores cookies on your computer. These cookies are used to collect information about how you interact with our website and allow us to remember you. We use this information in order to improve and customize your browsing experience and for analytics and metrics about our visitors both on this website and other media. Find out more.