Even if you aren’t exactly sure what cross-media marketing is, you’ve experienced it. Let’s take the latest Star Wars movie, Star Wars: The Rise of Skywalker as our example. Before this movie was released to theaters all across the nation, Walt Disney Studios Motion Pictures disseminated to the public a vast cross-media marketing campaign.

The movie, its characters, its music…essentially, its most recognizable characteristics were used to confront consumers with Star Wars wherever they went. 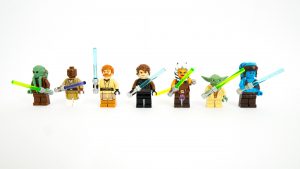 The list is too exhaustive to detail entirely, but we think you get the point. A cross-media marketing campaign spreads a brand’s marketing message through a multitude of mediums to ensure the target customer base is constantly seeing and therein thinking about the brand and brand message.

It can be subtly deceptive, like a character on a soda can you barely even give a second thought to or it can be more obvious, like a billboard you pass on your drive to and from work. The power of cross-media marketing is how engrained the message and brand becomes. If you were a targeted viewer for Star Wars: The Rise of Skywalker in 2019, you likely could spout the date of the movie release to anyone who asked by the time November hit (December 20th, by the way).

Cross-media marketing also allows brands to capture pre-built and pre-loyal audiences. Take for instance the soda can. Brands like Pepsi and Coca-cola have a cult-like following of loyal customers. These customers WILL buy their brand’s soda, no doubt about it. Disney was able to present its marketing messages about Star Wars to a massive pre-built audience, by getting Pepsi to allow characters to appear on the cans. If Disney set out to capture an audience that mirrored the likeness of Pepsi’s audience but started building that following on their own, it would take them decades to build it. Cross-media marketing strategies allow brands to take advantage of pre-established audiences that match their target customer without having to do the work or having to invest the time it would take to generate the same magnitude of reach.

One unexpected but coveted effect cross-media marketing has is its tendency to create and attract collectors. How many children want to collect EVERY Star Wars character McDonald’s offers in its happy meals? How many adults collect Pepsi cans so that they have every can released that promoted Star Wars?

Consumers become brand collectors. They must have the set and will pay the partnered company excessively more to complete their collections. A win for your company promoting its message and a win for the company you partnered with. 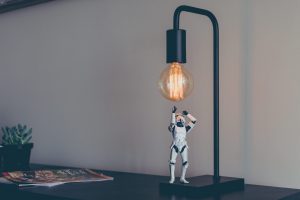 To effectively run your own cross-media marketing strategy follow these steps:

Velocity Print is a partner you can rely on to create and roll-out your cross-media marketing campaigns. Let’s talk strategy! Chat us using the chat feature on your screen or call or email us at 888.372.3487 | infoNY@velocityprint.com.